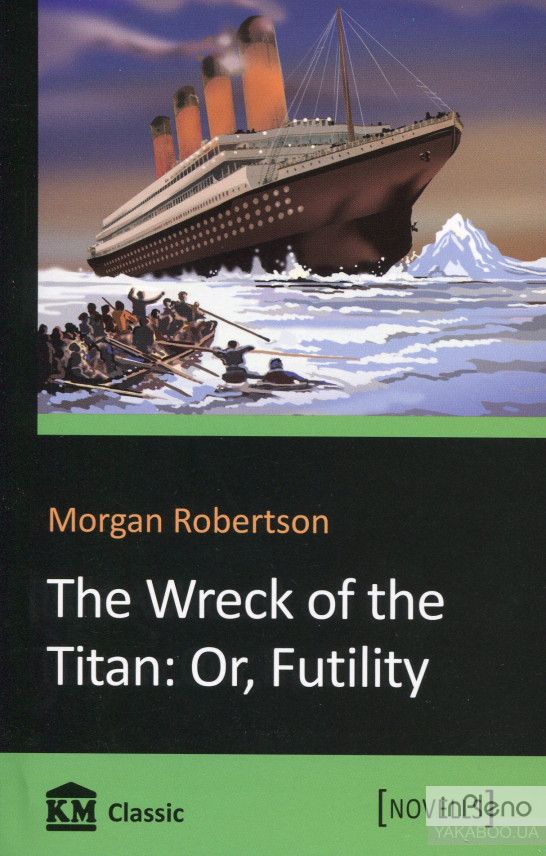 The Wreck of the Titan. Or, Futility (originally called Futility) is an 1898 novella written by Morgan Robertson. The story features the fictional ocean liner Titan, which sinks in the North Atlantic after striking an iceberg. Titan and its sinking have been noted to be very similar to the real-life passenger ship RMS Titanic, which sank fourteen years later. Following the sinking of the Titanic, the novel was reissued with some changes, particularly in the ship's gross tonnage.

The first half of Futility introduces the hero John Rowland. Rowland is a disgraced former US Navy officer. Now an alcoholic fallen to the lowest levels of society, he has been dismissed from the Navy and works as a deckhand on the Titan. One April night the ship hits an iceberg, sinking somewhat before the halfway point of the novel.

The second half follows Rowland. He saves the young daughter of a former lover by jumping onto the iceberg with her. The pair find a lifeboat washed up on the iceberg, and are eventually rescued by a passing ship. But the girl is recovered by her mother and Rowland is arrested for her kidnapping. A sympathetic magistrate discharges him and rebukes the mother for being unsympathetic to her daughter's savior. Rowland disappears from the world.

In a brief final chapter covering several years, Rowland works his way up from homeless and anonymous fisherman to a desk job and finally, two years after passing his civil service exam, to "a lucrative position under the Government."

A later edition includes a coda. Rowland receives a letter from the mother, who congratulates him and pleads for him to visit her, and the girl who begs for him.